What's That? The Hunger Games Broke Another Record? 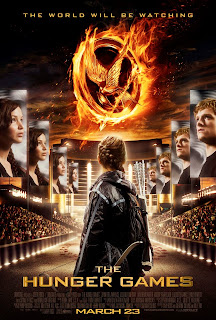 That's right! Check it out:

Lionsgate's film adaptation of Suzanne Collins' best-selling young-adult novel grossed $10.8 million on Monday -- the best showing ever for a Monday outside of holidays, the Christmas stretch and summer.
Hunger Games has amassed $163.4 million in only four days of play at the domestic box office, suggesting the film could easily gross $350 million or more in North America.
The pic, opening to $152.5 million during the weekend, shattered a number of records in scoring the third-highest debut of all time behind Harry Potter and the Deathly Hallows Part 2 ($169.2 million) and The Dark Knight ($158.4 million), as well as the top opening outside of summer and the top opening for a nonsequel.