Set Your DVRs! The Hunger Games Stars Are On A Bunch Of Talk Shows This Week!

Holy Talk Show Appearances, Batman! We've got a bunch this week (understandable considering they're on a press tour), and some shows still haven't released their complete show schedules for this week. 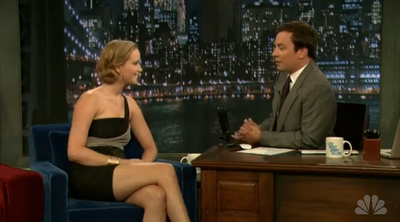