Set your DVRs! The Hunger Games Stars are STILL on Talk Shows

The Hunger Games may be out already, but the cast is still doing talk show appearances to promote the movie! 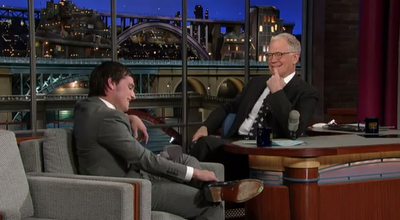 SET YOUR DVRS so you don't miss them on your favorite shows! We will update this as soon as we find out about more appearances.